— The Forge, Bristol
Durham, North Carolina's Jake Xerxes Fussell is one of the finest interpreters of old songs around.
time:20:00
price: Tickets Below

Durham, North Carolina's Jake Xerxes Fussell is one of the finest interpreters of old songs around, with three immaculate albums of old-time country and blues creating a cosmic stew that feels totally individual and new.

The songs that Fussell performs swell in the mountain creeks and river valleys of the American south, but if you dig the oars in deeper and row back into their more ancient headwaters you will hear voices from the British Isles and the African diaspora. Jake's interpretation doesn't attempt to dam this river of sound, but gathers influence from further tributaries, widening and diversifying the flood. When you hear Jake sing you're dipping your toe into a river that ran, runs and will continue to run because his wily, soulful handling of the materials gives the songs space rather than freezing them in time.

Season's Round is thrilled to announce this gig, sure to be a beautiful night in the characterful & intimate setting of The Forge.

Due to the continuing uncertainty around COVID-19, we will be releasing tickets in two releases the first on October 1, 2020 and the second closer to the performance date.

"Jake lives in music as a true time-artist, using the qualities of time itself as irreplaceable elements of content. As long as Jake Fussell is making records and playing shows, there is ample cause for optimism in this world. "

"Jake isn’t just a rare bird, he’s the professor you always wished you had, the friend you never get tired of epic hangs with, the human jukebox, the guitar player and singer who makes any band that he’s in better. He’s a southern scholar and gentleman in the tradition of Jim Dickinson, George Mitchell, and Les Blank. He’s a Dave Van Ronk for SEC country." 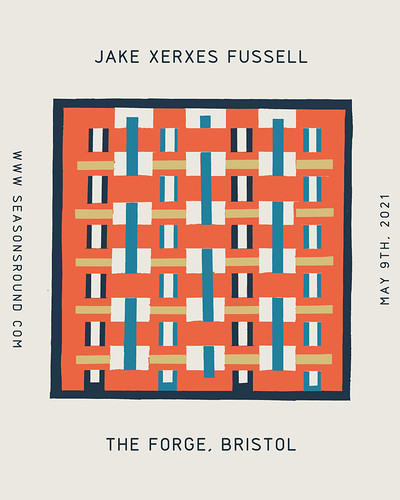