Faustus live at The Hen & Chicken

Folk band Faustus are known for captivating audiences with their sheer room-shaking power, vocal precision and instrumental mastery. Put simply, the band has complete command on stage and in the studio.

Their live act is recognised worldwide; 2020 has already seen the band performing at venues in Australia and New Zealand, as well as touring throughout the UK this Spring.

Playing music for our times, Faustus take traditional English music, rip it up, put it together again and move it on. A vigorous rhythmic impetus and rock/prog rock influence propels the sound into the here and now and a range of instruments deployed in unconventional ways gives a unique texture, depth and variety to the band’s sound. Driving rhythms on bouzouki and guitar are reinforced by the melodeon, fiddle, oboe and cor anglais, creating arrangements that are intriguing and subtle, boisterous or punchy. 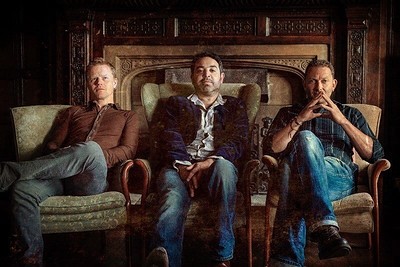