LEONIE EVANS
Leonie Evans was born & raised on the edge of South East London & Kent.
She's a multi instrumentalist, singer songwriter and occasional session vocalist, teacher & event organiser who has been performing since the age of 5 & has never stopped.

Known for her collaborations with artists all over the world, Leonie brings you a rare solo set for one night only! Expect lots of American roots music that will blow your mind.

"Like nothing else I've ever heard in my life"; "I was just blown away with her" - Cerys Matthews, BBC Radio 6
THE WICKY WAH WAHS
The Wicky Wah Wahs are I-Sha-Vii (vocals, guitar), and Henry Slim (harmonica).

They sprung from the ground fully formed on a farm somewhere near rural Bristol in the Spring of 2011.
A kindly old mushroom farmer discovered them & looked after as if they were his prodigal children. He gave them their musical instruments, and taught them English & how to sing & play. And 9 different ways of cooking/eating mushrooms.
After a few years, with a tear in his eye, he bade them farewell & sent them off to the city to make their fortune.

"Like nothing I've ever heard in my life"; "really, I've never heard them, no idea who they are" - everyone on BBC Radio 6.

Due to the 4 extra weeks of lockdown (ewwwwww) this is now a socially-distanced gig.

We know it may be difficult to find enough people to come to the gig with you to book a whole table of 4 or 6, so we decided to be selling tickets in pairs from now on - meaning you will be matched with another 2 or 4 people to form a table on the night (yes, once you're there you can reserve seats for friends who booked tickets separately!). If you don't feel comfortable with that, just give the venue a call prior to the gig and we'll make sure you have your own little 2-person space (0117 239 3742). 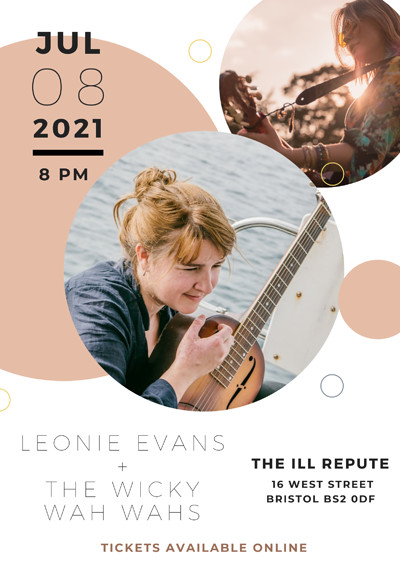