The Real SkaDub @The King Arthur

The Real SkaDub are back to make you wind and grind at the historic King Arthur pub in Glastonbury.

Frontman and founder Oisin RS bought the band together with the help of his mentor, Jashwha Moses. With polished bass lines and dextrous, honeyed vocals, Oisin has spent over a decade building a career as a captivating performer. As well as playing in Full Force and Power and Talisman, he has also shared the bill with the likes of DJ Derek, Lee Scratch Perry, The Skatalites, and Roots Manuver. 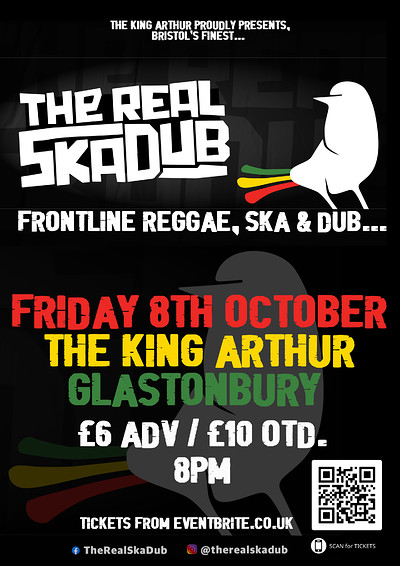