Church of the Cosmic Skull + Support

Tickets available on the door.

Nottingham's spiritual organisation and rock group Church of the Cosmic Skull bring their congregation to Bristol this June.

Support to be announced.

Church of the Cosmic Skull
https://cosmicskull.org

The group was formed by guitarist, singer and songwriter Bill Fisher in 2016. The group members had previously played in various bands in and around Nottingham, and a number of early songs had been written years before while in other bands.

Fisher was interested in progressive pop as much as progressive rock, and wanted the band to be primarily about good songwriting rather than technical expertise. His influences include Queen, The Beatles, Thin Lizzy, Kate Bush, David Bowie and Peter Gabriel.

The instrumentation makes prominent use of the Hammond organ, piano and strings, and multiple vocal harmonies. 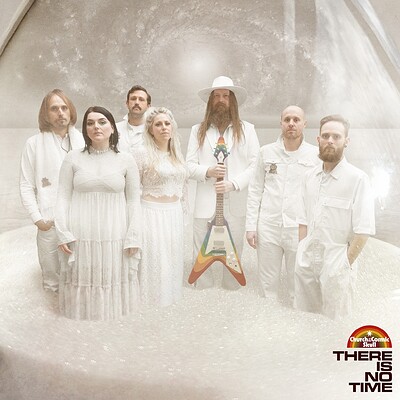