Goldie Lookin Chain back at The Lanes this December for another Xmas bash!

After a string of self-released (and now heavily bootlegged) albums, Goldie Lookin Chain finally broke big in the summer of 2004. Subjected to a bidding war from several major labels, the band signed to Atlantic Records earlier that year, and released the now legendary Greatest Hits album, which reached no 5 in the UK album chart and spawned four top forty hits including the number three smash Guns Don’t Kill People, Rappers Do. The band’s success continued to grow, with appearances at a series of major UK and European festivals as well as a string of headline UK and European tours.. 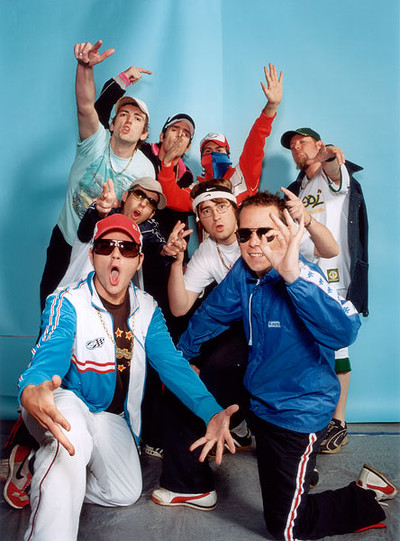