18+ event.
--
Oracle sisters is Lewis Lazar, Christopher Willatt & Julia Johansen. From Ireland, Denmark and Finland having recently moved from Edinburgh, New York and the Outback in Australia, the band formed and met in Paris. Initially an exercise in songwriting by longtime recently reunited friends Christopher and Lewis, on the go and on the move through the cabaret, music and art scenes of go go dancers and painters they met upon their arrival, the project grew to include Julia on the drums and as a songwriting talent in her own right. Blending songwriting craft and a vision and passion for cinema, poetry and visual art, the band has been on a journey since their precarious reason for moving to Paris came in to play (to become artistic directors of a cabaret in the red light district of Pigalle) from there they have recorded two acclaimed EPs (Paris I & Paris II) and toured the UK and Europe with a growing fan base who enjoy their blend of harmony, rock and roll and spiritual vision Music. 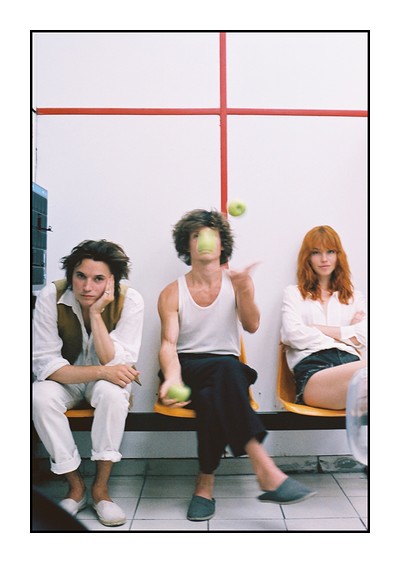