18+ event.
--
Night Beats – the Texas-born brainchild of Danny Lee Blackwell – released their fifth full-length, ‘Outlaw R&B’, via Fuzz Club Records. The album arrives following the 2019 ‘Myth of A Man’ LP (produced by Dan Auerbach of The Black Keys and released by Heavenly Recordings) as well as last year’s ‘That’s All You Got’ 7”. Made during the height of the California wildfires (where Blackwell currently resides), rioting in the streets and a nation in lockdown, the raucous technicolour rock’n’roll of ‘Outlaw R&B’ is a call to rejoice in some sorely needed post-apocalyptic hedonism.

Blackwell says of the album: “Outlaw R&B is music for the borderless, the free, the outcasts and the forgotten. The outlaw is the runner. Those whose minds aren't sold by perfect pitch and clean fingernails. Through this medium you can escape the confines of mental feudalism and bask in the euphoric glow of psychedelic R&B.” Where the last Night Beats LP was a distinctly polished and soulful affair, ‘Outlaw R&B’ sees the band return to their natural habitat: riotous, acid-fried rock’n’roll to lose your head to. This creative rewiring is perhaps of little surprise given the social unrest unfolding as the bulk of the album was written and recorded.

You might say that the upbeat garage-rock of ‘Revolution’ feels like a long-lost 60s counter-cultural anthem but this is no anachronism. Instead, the song’s radical intentions provide a perfect soundtrack for navigating your way through our current hellscape: “It's a story as old as time, revolution always begins in your mind." Dedicated as the album is to outlaws past, present and future, ‘New Day’ sees our current crisis through the lens of spaghetti western melodrama: ”New Day’ is my postcard from purgatory. This is the result of sleepless nights while hearing the world crumble outside my window. I sing of desperation and loss while grinning in the face of an uncertain future.”

Then there’s the thrashing psych-rock wig-out that is ‘Ticket’ – a fast-moving, no-holds-barred cut tackling police brutality and thinly-veiled corruption in the US. Blackwell says of the song: "Living in LA at the height of the race riots in 2020 made sirens, fireworks and gunshots a constant soundtrack playing in the background. Like a TV quietly playing static after a VHS tape is done, but growing louder and louder and you can’t turn it off. The main character of Ticket is another victim of a twisted f*ck with a badge. The perspectives shift as it unravels into a mad chase out of the rabbit hole we live in."

On ‘Outlaw R&B’ we also hear Night Beats dabble in a more Eastern-influenced sound that parts ways with much of the Western thirteenth-floor psychedelia that courses through the band’s veins. Blackwell is of half-Indian, half-American heritage and was raised in a Hindu and Catholic household – a multicultural upbringing which has long influenced his creative output. On the white-knuckle garage-psych of ‘Thorns’, he says: “My mother was a Bharatanatyam dancer when she was younger and this track is inspired by all the classic 60s bollywood films I would see passed down from her side. Bollywood from that era always inspired me. Mohamed Rafi, for example, is a constant source of inspiration."

‘Shadow’ also takes its cues from Latin psychedelia by way of Anatolian rock: "I wrote this song as an escape. It was originally titled Oasis because it was meant to be a smoke signal from a mirage in the desert. I pictured Brian Jones sitting around a pool in the desert singing and strumming this hypnotic rhythm over and over, then all of a sudden Barış Manço appears and joins in." Other experimental cuts on the record include ‘Cream Johnny’, a song of multiple parts that’s inspired by Dalton Trumbo’s 1938 anti-war novel ‘Johnny Got His Gun’ and has many other secrets to be found within: “The words of Percy Shelly are also interwoven while a secret message in morse code plays via controlled electric guitar feedback”, Blackwell hints.

With four albums behind them – their self-titled 2011 debut, 2013’s ‘Sonic Bloom’, 2016’s ‘Who Sold My Generation’ and 2019’s ‘Myth of A Man’ – Night Beats have garnered a reputation as one of the finest purveyors of contemporary rock’n’roll around. They’ve clocked up critical acclaim, toured across North and South America, Europe, Asia and South Africa and shared the stage with the likes of Ty Segall, Thee Oh Sees, The Black Angels, Roky Erickson, The Jesus and Mary Chain, Black Rebel Motorcycle Club and The Zombies, among many others. ‘Outlaw R&B’ sees the band return sounding better than ever. In the form of psychedelic rock’n’roll hedonism Night Beats deliver a much-needed antidote to the tumultuous times we currently live in. 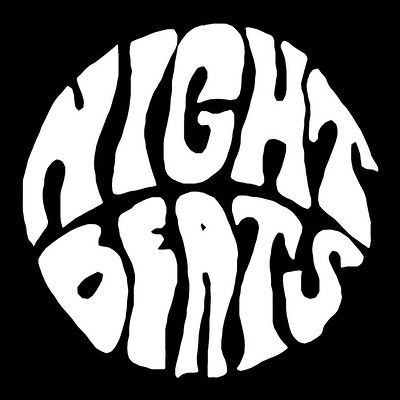