At its founding, the band rose like a doobie phoenix out of the ashes of BUZZOV•EN. When the cult sludge act called it a day, bass player Dave "Dixie" Collins teamed up with guitarist Dave "Shep" Shepherd and founded WEEDEATER in the harbor town of Wilmington about the year 1998. Their crushing and massive first full-length ‘…and Justice for Y’all’ (2001) created an immediate buzz, while critics were struggling to put a tag on their sound. Nearly everybody agreed that stoner rock, doom, sludge and some crusty elements were part of the mix, which the band simply calls "weed metal".

After signing to Season of Mist, WEEDEATER reissued their full back-catalogue on their new label. Yet the Bible Belt state of North Carolina, USA remains a fertile ground for hemp and stoner rock. 'Goliathan' makes the South smoke again. Lean back and let this monster record blow your mind!

In February 2016, the band released their second LP, Rise Of The Dawncrusher through Holy Roar Records. This was recorded and mixed by Sam Thredder at the Cro’s Nest Studio and mastered by Steve Austin (Today Is The Day) at Austin Enterprise Recording and Mastering. 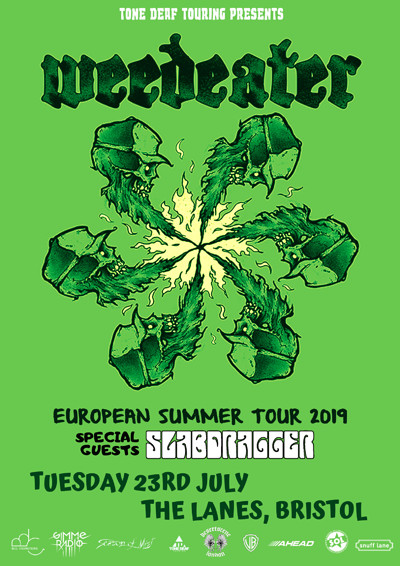