ENJOYABLE LISTENS
Formed in 2018 as a two piece. Luke Duffett and partner, Jimbo Savage lived in a derelict pub in Greenwich.

They were both pursuing separate paths as songwriters, but in a novel attempt to make pub money they’d dress up and busk by the Cutty Sark: Luke shredded a strat whilst wearing a skeleton suit and a bowler hat, Jimbo played dirty synth in a long, dirty orange linen dress and 1970’s hustler daddy sunglasses.
In the months to follow they developed their craft and amassed a devoted band of devoted followers across the capital and the regions beyond.

Their enigmatic presence has disappeared and re-emerged a number of times over the past couple of years, but after a very inspiring team meeting, Enjoyable Listens are making one final attempt to get the weighty aircraft of their legacy to soar through the skies of commercial success.
--

Wakey Wakey Rise & Shine are a bunch of guys trying to make it in the big bad world at their own pace. Creating a psychedelic sonic landscape attached with facetious personalities and lyricism, their most recent single - Overtime - has seen support from BBC Radio 6, BBC Introducing South & West and Amazing Radio with Tom Robinson including Overtime in his BBC Introducing Mixtape and describing the single as "an irresistible slow grower!" 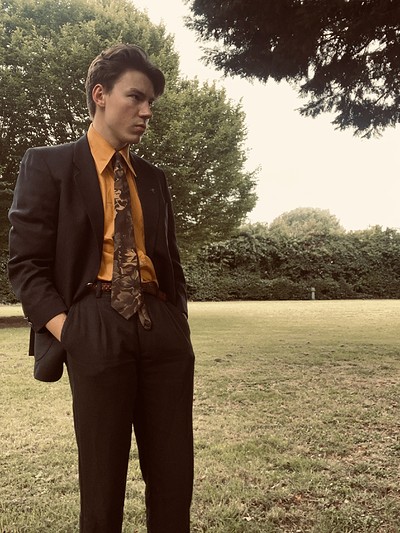