18+ event.
--
For WEMA, collaboration is a state of mind. The five-piece collective – consisting of Tanzanian multi-instrumentalist Msafiri Zawose, producer Photay and Penya members Magnus P.I, Lilli Elina and Jimmy le Messurier – is an artistic pursuit founded on community; a space in which to harness the transformative power of connection. Translated from Swahili, ‘wema’ means kindness and benevolence – virtues that lie at the core of the project, and are reflected in the group’s world-embracing approach to music. “WEMA is a state of gratitude and belief, without sorrow or grief. It’s about giving your entire heart,” Msafiri declares.

WEMA’s beginnings, however, have a more cosmic origin. As the world ground to a halt in March 2020, Photay and Magnus were both feeling the strain of creative burnout. Both artists had been keen to collaborate for a while, but the stars never quite aligned – until an off-hand conversation about the pressures of losing yourself to a project sparked an unlikely moment of inspiration. The pair began exchanging their backlog of beats, home-spun demos and unfinished ideas. Before they knew it, their songs began to take real shape – and it was some of the most invigorating music they’d ever written.

The radical shift for all of these artists came in the form of working entirely virtually for the first time. “It’s a wonder we’ve been able to collaborate internationally and extensively despite shut borders,” elaborates Photay. These circumstances forged an environment in which unrestrained creativity could truly thrive; something previously busy touring, recording and life schedules wouldn’t allow for. Ironically, these online sessions only brought the band closer, creating the perfect conditions in which to write their debut LP.

The self-titled album is an intoxicating, dancefloor-indebted blend of traditional Tanzanian music, Afro-Latin rhythms and experimental electronic music, with the majority of lyrics sung in Swahili and Spanish. It’s a smorgasbord of sounds, moods and textures that call on the very ethos of the band; the pursuit of cohesion and togetherness in a fractured world. Through this lens, WEMA is a near-spiritual listen, invoking the sacred sounds of their global influences. The tape-delayed vocal samples and sparse industrial clangs of Kande are reminiscent of the kind of deconstructed beats you might find in a closing club set. Bendir Bendir’s pointillist soundscapes are juxtaposed with a warm chorus of Msafiri’s layered harmonies. Msafiri Jam Pt 2, with its uptempo percussion and atmospheric background noise, features the undulating hornwork of groundbreaking Afro-Cuban trumpeter Yelfris Valdes. There’s a palpable optimism running through WEMA; it’s raw, unfiltered music that is as danceable as it is soul-stirring.

Crucially, WEMA is a representation of their diverse musical backgrounds and interests without being undermined by the reductive ‘world music’ label. “I believe we all arrived at this project through our own appreciations of rhythmic lineages and global music traditions. The music poured out of us and we barely had to speak about it,” says Photay. Lilli furthers this message when speaking of the band’s lyrical approach: “Because my musical life is in Spanish, it felt so natural. It’s not really planned – it comes from whatever the vibe is at that moment.” WEMA is about connecting the dots between language, cultures and musical practices – all while paying due respect to artistic heritage. “With this project my aim was to try and present – or even encourage – some idea of cultural fusion, in a positive sense. I’m a mixed-race kid and growing up I always viewed this [fusion] as natural. Now I can see that worldview has been foundational in the way I approach music. I’m interested in its unifying potential,” Magnus says.

It’s through this vision of inclusivity that WEMA eagerly anticipate the moment
they’re able to bring their exhilarating productions to life. After all, as multi-instrumentalists who have built their foundations on live performance, their true home is on stage. The WEMA live show will simply be another extension of their artistic mission; a place in which to unite through the mystical sounds of our ancestors. The message is disarming in its humanity: “We want to create a sound and identity that transcends scenes, countries and borders.” 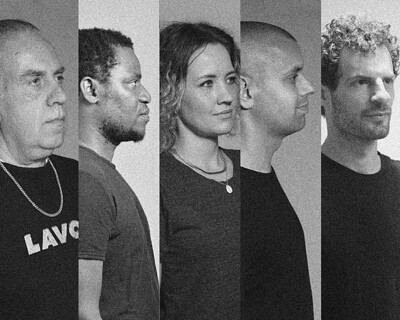