— The Louisiana
Presented by Gravy Train.
price: Tickets Below

16+ event (under 18’s must be accompanied by an adult).
--
Hailing from the eastside of Norway’s capital, Oslo, VEPS have known each other since elementary school and began playing music together in middle school, aged 14. Although growing up with very different influences, the girls had a common sense as outsiders and while making a short film together decided to make an impromptu band. With Helena, Laura and June already accomplished at their instruments, Maja was assigned as drummer, she had never touched a drum set before, and VEPS was born.

Fast forward to 2021 and the band, equipped with their stunning debut EP, have firmly planted themselves as one of the most exciting bands in Europe. While they finish up high school, VEPS plan to release singles as they build into their debut album, expected in 2022. Watch this space!

“The band was born out of friendship, with their playfully subversive songwriting fusing alt-pop with indie rock elements.” Clash Magazine

“VEPS are leaning hard into a very rough and ready DIY aesthetic, and I am absolutely here for it.” Far Out Magazine

“The hype is now theirs to own.” - The Forty Five

“There is no doubt that they will become Norway’s next international indie export, and in time can achieve a global breakthrough on the scale of compatriots such as Girl In Red and Boy Pablo.” - Bands Of Tomorrow 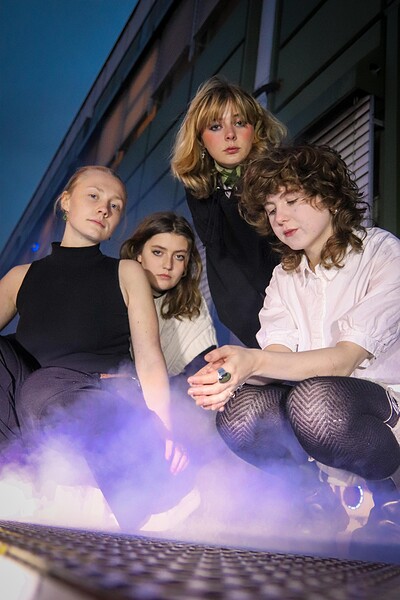