✨ After a series of sell out shows, Double Vision returns to Love Inn with another Wonky Wednesday!

Let's get Wonky on a Wednesday

Before forming their current Artwork inspired moniker 'Because of Art', Alex and Michael honed their skills in the notoriously competitive London circuit. Years later, Because of Art was the resultant coming together of two musical veterans who are able to draw on a wide range of sonic influences.

The duo have since gone on to make their mark in the industry with a series of well-received house music productions on labels like Gruuv and Onne, with plenty more in the pipeline. Recent works have not only had plenty of BBC Radio 1 airtime, but also featured in Joris Voorn's essential mix and gained vocal support from Danny Howard.

As such we're really excited to hear what they have in store for us! 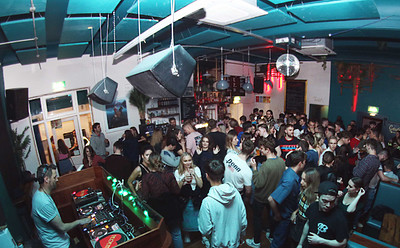