— The New Room
Aldridge & Goldsmith are two of the most celebrated singers to have emerged onto the British folk and acoustic scene in recent years
time:19:30
price: £11.19-£13.31

They make music that sounds both ancient and contemporary, weaving together tight harmony singing, sensitive instrumentation, and a powerful social conscience.

"To be a great folk singer, you have to be a great storyteller, as Jimmy Aldridge and Sid Goldsmith are clearly aware. The duo are both fine singers and multi-instrumentalists." (The Guardian)

This March the duo will be appearing at select venues across England, touring their set of original and traditional folk songs.

Their third album ‘Many a Thousand’ was released in 2018 to widespread critical acclaim. They were nominated for a BBC Folk Award and were named as a Top of the World album of 2018 in Songlines Magazine. It cemented Jimmy Aldridge and Sid Goldsmith’s reputation as two of the most exciting musicians and social commentators on the British folk scene.

In December 2019 they released an album of winter songs, in collaboration with Lady Maisery, and toured sold-out venues across the UK. The album ‘Awake Arise’ was released with live sessions on the Radio 2 Folk show and Radio 3’s In Tune show. 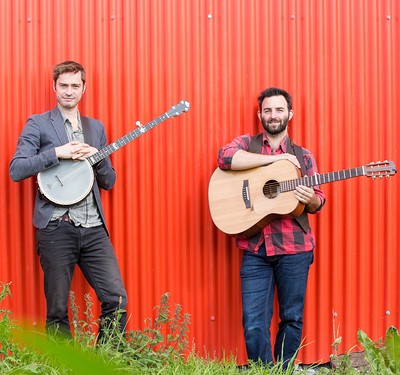