'A shape-shifting sound .... providing food for thought on what jazz is and can become’ - Kevin Le Gendre BBC
‘Vibe all of its own. Listen!’ - Steve Lawson

Since releasing their debut LP ‘Weightless’ in 2017, Archipelago have received national airplay (Late Junction, Jazz on 3), received a ‘Peter Whittingham Development Award’ from Help Musicians UK and played on bills up and down the country including with Arun Ghosh, Horse Orchestra and Binker & Moses.

In 2018, with the support of Help Musicians UK and Cobalt Studios in Newcastle upon Tyne, they ran ‘BETWEEN WAVES’, a collaborative residency-gig series for female-identifying artists to make new music with themselves.

Named after the most beautiful word in the Galician language, Agarimo is the current project of Juan and Pablo Mestres, completed by Marcus Jeffery, Marco Sisto and Sergio Di Giangregorio, resulting in what has been described as “If Prehistory and a Far Future meet for a blind date." Their sound originates from "Sound fabrics of Cerebral nature" and at the same time preserves obsessive rhythms from the primordial echo, erupting in a psychotic equilibrium of Psychedelia, Noise and Post-Punk. 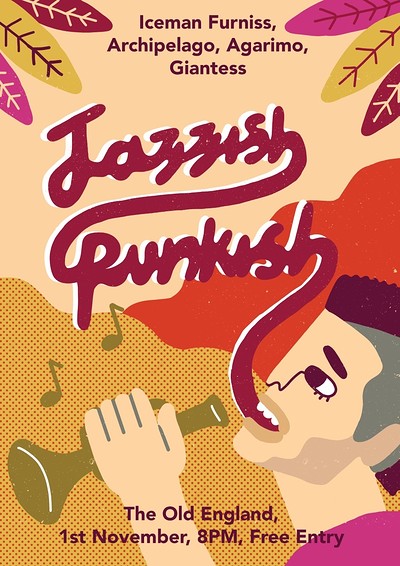