Stoned rockers Lo-Pan hail from Columbus, OH, where band members Jeff Martin (vocals), Brian Fristoe (guitar), Skot Thompson (bass), and J. Bartz (drums) bonded over brewskies, bubbling bong-water, and the cult action flick Big Trouble in Little China (hence their name). Beginning in 2005, they stormed local clubs and promptly began working on their eponymous debut album, which was released the very next year, and duly paved the way to a much-improved 2009 sophomore opus called Sasquanaut. This, in turn, attracted the attention of Detroit-based Small Stone Records, which remixed and reissued the LP in 2011, while awaiting Lo-Pan's imminent third album to arrive.

Beneath the soil of a Welsh valley a heavy metal life-force regained strength: rising from the ashes of psychedelic doom merchants Acrimony, Sigiriya was born. Not wanting the limitations of reforming a project long dead to them, Sigiriya come from the earthy depths, bringing hefty, tremor-inducing sonics that pay homage to the riff. In 2012, the prestigious Church Within Records (Germany) released the full length album, ‘Return To Earth’ with much critical acclaim.
Time served in the likes of Iron Monkey, Dukes of Nothing, Black Eye Riot, The Nine, Suns of Thunder and Tabularasa have forged their thick output, giving the foursome a more dynamic, meaner, leaner, earthier approach, which has developed an intense dirty sound.

Taking their name from the mystic ‘throat of the lion’ rock in Sri Lanka, their rumble has been moving the Black Mountains of their homeland and they’ve been moving the tectonic plates of the earth via shows and festivals across Europe and the UK including the prestigious Roadburn Festival, Desert fest, Stoned From the Underground among others….

The new album ‘Darkness Died Today’ was recorded live onto analogue tape at Sonic One with Tim Hamill. The mixing was done by Andrew Schneider (Shrine builder, Scissor fight, Big Business…) in New York and finally mastering with Richard Whittaker in London. The new album builds on the sonic foundation of Return To Earth and soars to even greater heights with the addition of new vocalist Matt ‘Pipes’ Williams. 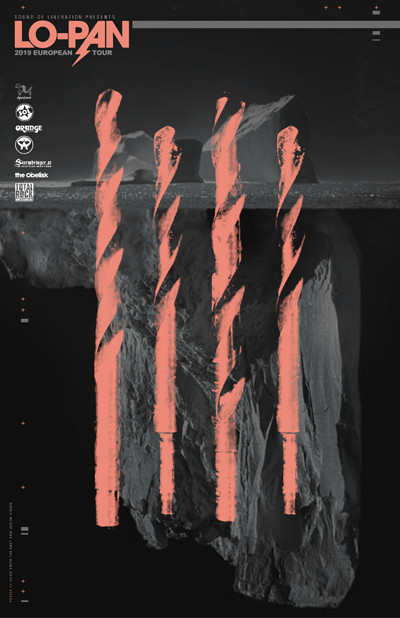