Using traditional instruments, THE SYAMISENIST intends to share the new and exciting sounds of Tokyo and Japan with the world. The special charm of THE SYAMISENIST lies in their live performance. Drawing from a diverse musicality, The Syamisenist moves from psychedelic rock to jazz and funk to fuzzy heavy metal inspired riffing to Indian scale and Japanese tunes with ease. Back beats infused with Japanese traditional and African American styles keep crowds moving and wondering what will come next. In 2018 the group began expanding overseas with a wildly successful Tour of Taiwan. Wanting more, THE SYAMISENIST is now ready to make more waves in the worldwide music scene.
www.youtube.com/watch?v=94DXgBphXJs 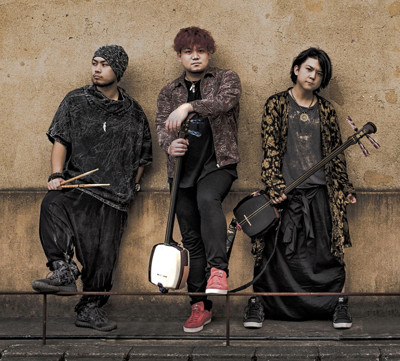