The Bare Souls at The Stable

— The Stable, Bristol
A 7-piece with a sound that moves from sleazy blues, through sultry soul, to good old fashioned rock and roll.
time:21:30
price: entry is free

The Bare Souls are bringing their brand of passion and power fuelled blues, soul and rock & roll to The Stable. A 7-piece with a sound that moves from sleazy blues, through sultry soul, to good old fashioned rock and roll, with a heavy dose of funk thrown in to get you moving, The Bare Souls are breathing fresh life into classic genres.

They draw influence from the likes of Etta James, Led Zeppelin, Black Keys and Lianne La Havas. Florence Pardoe leads the band with a powerful voice reminiscent of the 70's soul greats and throws herself into every song with tangible passion and formidable stage presence. She sings of passion, fear and joy with often painfully relatable lyrics, and means every word. Behind her a line up of some of the best musicians Bristol has to offer layer beautiful melodies, solid rhythms and gut-wrenching solos, moving expertly from understated to explosive.

They have JUST re-released a re-mixed and mastered version of their EP, Barer Souls, available to hear on Spotify and Soundcloud. They also released two videos earlier this year, available to watch on their Facebook page.

As always a free show, with music starting from 9.30. 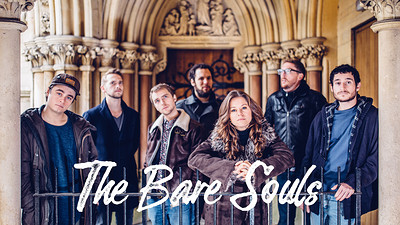