Mr Hegley was born in Newington Green, North London, and was educated in Luton, Bristol and Bradford University.

His first public performance monies came from busking his songs, initially outside a shoeshop in Hull, in the late Seventies. He performed on the streets of London in the early Eighties, fronting the Popticians, with whom he also recorded two sessions for John Peel, and has since been a frequent performer of his words, sung and spoken, on both local and national radio.

He has produced ten books of verse and prose pieces, two CDs and one mug, but his largest source of income is from stages on his native island. An Edinburgh Festival regular, he is noted for his exploration of such diverse topics as dog hair, potatoes, handkerchieves and the misery of human existence.

He is an occasional DJ, dancer and workshop leader, using drawing, poetry and gesture. He has been awarded an honorary Doctorate of Arts from what is now the University of Bedfordshire, and once performed in a women's prison in Columbia.

DIEGO BROWN AND THE GOOD FAIRY: We are part low-fat milk. Our musical education started at the age of about 7 at the knee of a second cousin who later changed the course of Anglo-Latin American relations. And we never looked back.

Some say we’re like the Carpenters on a lost weekend in Twin Peaks. Someone once said we’re the most surreal musical experience since the Bonzo Dog Doo Dah Band.One writer said we were the talk of the chip van queue at Sidmouth international festival.

We tend to think of performance as a two-way thing. We have high expectations of our audience. And they usually come up trumps. If it doesn’t have a story we think it’s unlikely to make a song. And if it’s not a song, what’s the story? 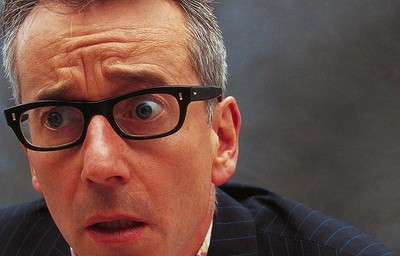