ed Milton, returns to the Thunderbolt with his iconic eighties band, Blurt.Milton, like his namesake the poet, is a man with his own unique creative expression. Puppeteer-turned-eccentric saxophonist, he is perhaps the epitome of warped genius.

His nearly tuneful squawks and lyrics shouted like a newspaper seller are as  inspired as his song titles, which include My Mother Was a Friend of an Enemy of the People.

Founded in Stroud in 1979, the band were one of the early Factory records signings, and shared bills with Joy Division and A Certain Ratio before falling out of favour with Tony Wilson for likening the label to the lifestyle-chain Habitat. They were also championed at the time by John Peel.

The band have been through a number of line-up changes but never really went away, and continued to release albums and singles on a number of different labels, the most recent being Cut It! in 2010.

“This sprawling 14 track album perfectly encapsulates the sheer ferocity, ingenuity and originality that are BLURT” LOUDER THAN WAR

“Phenomenal live and on record and supremely underrated”  OPTIMO MUSIC 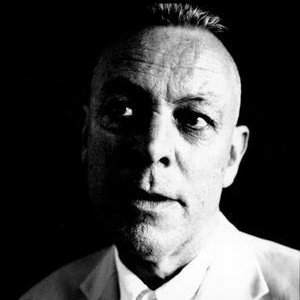