Speaking in Tongues are the UK's premier tribute to Talking Heads.

Speaking In Tongues recreate the spectacle of Talking Heads at their peak, playing hits from ‘Stop Making Sense’, the seminal concert film, as well as groundbreaking songs such as "Once in a Lifetime", "Girlfriend is Better", "This Must Be The Place", "Blind", "Psycho Killer", "Burning Down The House", "Road To Nowhere" and more.

Singer Chris Apthomas gives his own unique take on the geeky frontman, adding to the driving rhythms and funky grooves to produce a 'Once in a Lifetime' experience!

Tonight they we'll be playing all of the '77' album, and all of 'Remain in Light' too!

."..this absolutely bang on reconstruction of the many faces of Talking Heads would surely merit a benign nod from the great Mr Byrne himself.” The Canteen, Bristol 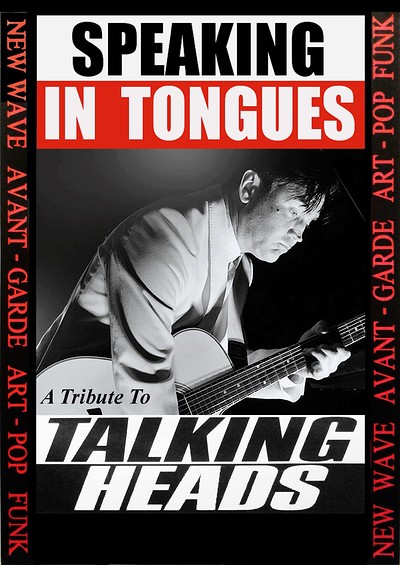