— The Trinity Centre
Dutch indie-pop with a twist
price: £13 + bf

Amsterdam-based Pip Blom started writing, recording, and releasing her own indie-pop tunes with a twist in 2016. Early songs quickly amassed thousands of plays, prompting Pip to recruit a band and start performing live. Since Tender Blom (backing vocals and guitar), Darek Mercks (bass)m and Gini Cameron (drums) stepped in, the band have played hundreds of live shows – from small pubs to the European festival circuit.

The band's second release, Welcome Break, was self-produced, mixed by Ceasar Edmunds (PJ Harvey, St Vincent, Queens of the Stone Age), and recorded at Ramsgate's Big Jelly Studios. The album, due for release on Oct 08, is a compilation of inspirations soaked up while on the road, adding contemporary chaos to the decisive allure of their debut album, Boat.

Tickets can be purchased via the link below:
https://www.trinitybristol.org.uk/whats-on/2022/pip-blom

Please note, this is a standing show. 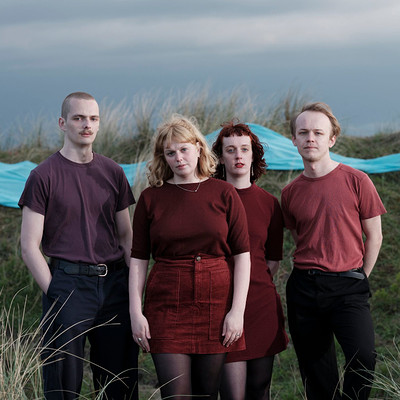