The genre-bending guitarist, singer, and songwriter will release her new studio album Kill Or Be Kind on Friday 20th September 2019 on Rounder Records and distributed in the UK by Proper Music.

Fish's incendiary live performances have been mesmerizing audiences all over the globe. Now, with Kill Or Be Kind, Fish is poised for a major breakthrough. The edgy roots music album was recorded at Royal Studios in Memphis and produced by three-time Grammy winner Scott Billington and mixed by two-time Grammy winner Steve Reynolds. Boasting 11 original songs ranging from the electric cigar box stomp of "Bulletproof" to the sweet Memphis R&B of "Trying Not To Fall in Love With You", the album is sure to establish Fish as a potent force in roots music.

please note this is a standing event, if you have access requirements please call 0117 935 1200 for more info. 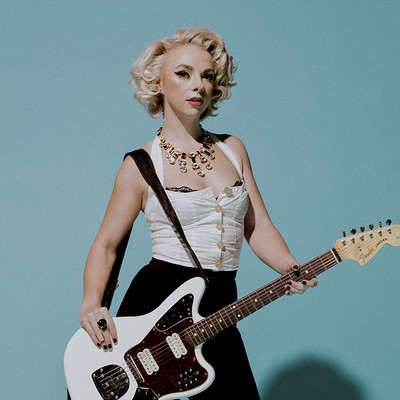