Seattle's seminal stoner metal/rock titans Earth are back in the UK, with a stop at Bristol's Trinity Centre!

Throughout their career, they've penned and released some of the music influential, creative and heaviest music in the underground, making them a centrepiece in a global musical movement which has evolved constantly throughout the last 20 years.

In this too often self-obsessed superficial age when the trivial and the frivolous frequently take precedence over more intimate and meaningful things, how wonderful it is that we have at least got Earth to elevate us above the slime.

Dylan Carlson’s warm and emotive instrumental tones seem to connect and speak in such a way that vocals are superfluous. For those willing and able to invest in his work the rewards are plenty and precious.

When Carlson set about laying the building blocks of Earth it was as a minimalist drone outfit, the 2005 Morricone-inspired Hex, signalling a change in musical direction that has extended through albums such as The Bees Made Honey in the Lion’s Skull (2008) their latest full length Primitive And Deadly (2014).

Please not this is a standing show 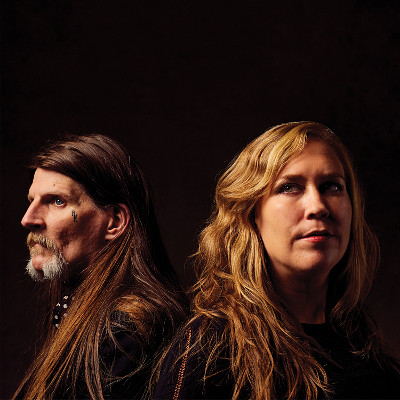