Swedish rock band Royal Republic hail from Malmö and were formed in late 2007 by Adam Grahn (lead vocals/guitar), Hannes Irengård (guitar), Jonas Almén (bass), and Per Andreasson (drums), who play an energetic, rock & roll-inspired garage rock in the vein of Mando Diao and the Hives. The first three singles of their 2010 debut album, We Are the Royal, made it to number one of the "most wanted" list of Swedish radio station Bandit Rock, while their single "Tommy-Gun" also reached number one in the MTV Rock charts. Their 2012 follow-up, Save the Nation, was even more successful, charting at number 24 in Sweden and at number 14 in Germany. 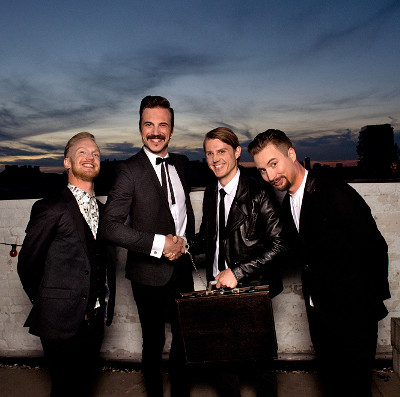