The last year months have been a whirlwind for Birmingham-based folk artist Katherine Priddy, who, having recently emerged onto the scene with her long-awaited debut EP 'Wolf', has been turning heads and steadily gaining notoriety. ‘Wolf’ has been championed by the BBC 2 Folk Show, BBC 6 Music’s Gideon Coe and Tom Robinson and BBC Wales, as well as receiving exceptional reviews. The great Richard Thompson named it as his 'Best Thing I've Heard All Year' in MOJO Magazine whilst Folk Radio UK pronounced the release to be "something extraordinary indeed...one of the most beautiful voices I’ve ever heard. Her tone, phrasing pitch and sentiment...it’s flawless". After quickly selling out of the original pressing of ‘Wolf’, Priddy bowed to popular demand and released it digitally, as well as selling out two further re-presses of the EP.
Priddy’s original works are delivered with an emotional maturity, depth and a vulnerable tenderness that still carries a darker edge, citing Nick Drake, John Martyn, Tunng and Imagined Village amongst her many influences. Her lyrics are particularly noteworthy - a tribute to her life-long love affair with literature and poetry and the stories she weaves are transporting. It is clear that, despite the delicate nuances of her sound, Katherine Priddy is not a fragile wallflower destined to fade away, but a young woman who means business.

One woman, one guitar, one incredible voice. Australian performer Steph Grace is proof that some of the best music comes from the purest ingredients. That’s what European crowds took away when they witnessed Steph supporting English artist Passenger on his 2019 summer tour: 6000+ crowd arenas spellbound by the power of her pure, honest and rousing folk-soul storytelling. After a decade mastering her craft in the pubs and streets of Europe and Australia, the Sydney-born artist relocated to Europe in 2018 to team up in the studio with Chris Vallejo (Passenger, INXS, John Spencer Blues Explosion, et al.). With solo shows and summer festival bookings locked in throughout Europe and beyond, Steph is an independent artist on the cusp. And it all comes down to that incredible voice – as well as the soul behind it. 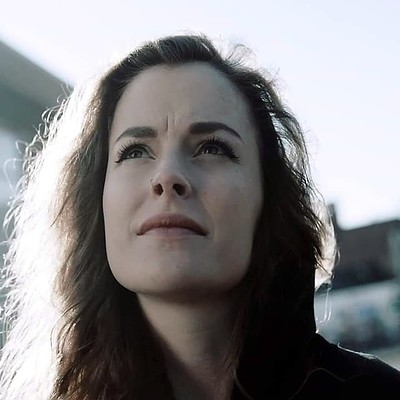