— The Wardrobe Theatre
Phil King has a beautiful, soulful voice; deft skills at playing the guitar and the capacity to write elegantly worded and powerful songs.
time:20:00
price: Headfirst Tickets

As a singer songwriter Phil King has the whole trinity: a beautiful, soulful voice; deft skills at playing the guitar and the capacity to write elegantly worded and powerful songs. His studio album The Wreckage has already caught excellent media attention, with Radio 2’s Bob Harris describing him as ” Absolutely Brilliant” and a “Song Weaver” and the follow up Live album recorded at our very own “Wardrobe Theatre” captures phil solo in a magical intimate setting. This show will be promoting a new string of material being released as a set of singles so keep an eye on the socials for updates.

Originally from Herefordshire, via a spell in London, Emily Davies now calls Devon her home and it’s here that’s she’s quietly cementing her reputation as a singer-songwriter of the most enchanting variety. Emily is a seasoned performer, crafting spellbinding sets that are undeniably steeped in the magic of the past, while still maintaining a refreshing air of the new. Her songs blend bittersweet folk with a melodic mix of alt-country and a genuine pop sensibility and showcase a voice that's both breathy, big and soulful too. She is a pure and supremely talented songwriter: spend a little time in her presence and drift away somewhere else entirely.
www.emilydavies.co.uk
> 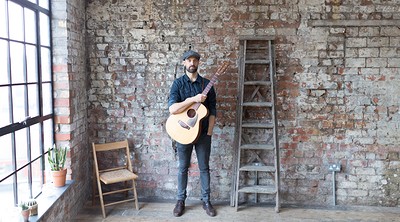