— The Wardrobe Theatre
Who would have guessed that a chance encounter between buskers in the streets of Bath, England in 2007 would lead to a new musical adventure
time:20:00
price: Tickets Below

Who would have guessed that a chance encounter between buskers in the streets of Bath, England in 2007 would lead to a new musical adventure in 2020? Amadou Diagne from Senegal and French-American Cory Seznec hit it off that Spring day years ago, planting the seeds of a future collaboration in their minds. In the meantime, life embarked them on different touki (journey in Wolof). Amadou put down roots in Bath, got married, had a daughter, recorded solo albums and continued to collaborate with other musicians from Africa and beyond. Cory released a handful of albums with various projects, moved to Ethiopia for several years and traveled extensively before moving to Paris and settling down for a spell with his family.
With the recent support of an Arts Council of England grant, Amadou and Cory have been able to see their seedling shoot up into the light. Rehearsals in Paris led to a recording at Peter Gabriel’s Real World Studios in Somerset. A tour in the UK is planned for March 2020, followed by shows in France late May. And from there? The touki brought them together, the touki took them apart. Now the voyagers are reunited with the richness of their various experiences. Who knows what’s in store? 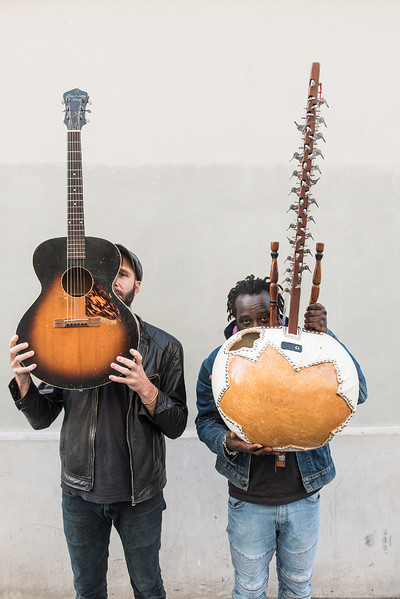