Alternative singer and songcrafter Nerina Pallot was born in London on April 26, 1975. As a child she taught herself piano, later adding guitar to her repertoire before studying violin and opera at boarding school. After signing to Polydor, Pallot issued her debut LP, Dear Frustrated Superstar, in the summer of 2001, releasing the singles "Patience" and "Alien." After management secured her the opening slot on rocker Bryan Adams' upcoming arena tour, the label pulled the album from stores with an eye to reissuing the disc complete with a new single, "Photograph." But an appearance on the British children's television program Live and Kicking proved disastrous when fellow guest Faye Tozer of pop group Steps accidentally pushed Pallot off the show's couch; the mishap aired live and made Pallot the butt of much joking, and Polydor terminated her contract just a few weeks later, never returning Dear Frustrated Superstar to retail. Outside of contributing lead vocals to electronic duo Delerium's 2003 single "Truly," Pallot spent the next four years out of sight, finally resurfacing in the spring of 2005 with Fires, issued on her own Idaho label. The LP proved a critical and commercial favorite and was reissued in updated form a year later on the Warner subsidiary 14th Floor Records, reaching number 21 on the U.K. album charts. The single "Everybody's Gone to War" became a Top 20 hit. Her third studio album, The Graduate, followed in 2009 and hit the U.K.'s Top 50, an accomplishment matched by 2011's Year of the Wolf, a record that saw her back with Polydor. Wanting to shake up the writing-recording-single-album-tour routine, Pallot instead spent 2014 on a series of monthly self-released EPs she referred to as The Year of the EPs, and only limited performing in the U.K. 2015 saw her return to the full-length format with the gritty The Sound and the Fury, a mix of new songs and re-recordings of favorite picks from The Year of the EPs. A year later, the EPs were formally collected as My Best Friends Are Imaginary: A Year of EPs. Stay Lucky arrived in 2017 and charted in the U.K. Top 100. 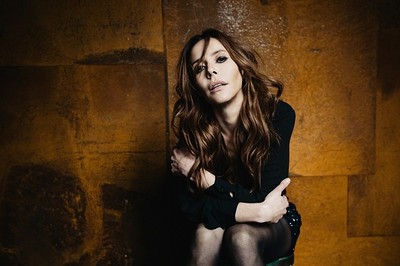