— Thekla
Turkish psych-o-nauts out of Amsterdam who've been making big waves in Europe on their first UK tour.
price: Tickets Below

Their third album 'Yol' continues that trend; while unveiling a number of sonic surprises - another evolution of this great band.

They have been smashing big venues and festival stages in Europe a lot prior to the pandemic and we can't wait to host them for their Bristol debut! 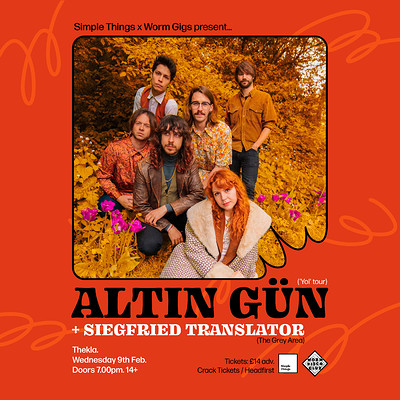