— Ill Repute
An hour work in progress show of stand-up comedy as part of a festival
price: Headfirst Tickets

Award winning comedian Kai Samra has quickly risen to become one of the most exciting acts on the circuit today.

His ★★★★★ critically acclaimed debut show ‘Underclass’ has been recorded for Amazon Prime, was followed by three sell-out runs at Soho Theatre and was recommended by The Guardian, The Observer and was in the list of best shows at the Edinburgh Fringe by Fest Mag.

Kai currently has several factual and scripted shows in development.

He has performed live on BBC Asian Network and been featured on BBC3, ITV2’s Stand Up Sketch Show, The Now Show.

‘A hugely impressive hour...establishing himself as a future Fringe Star’
The Guardian 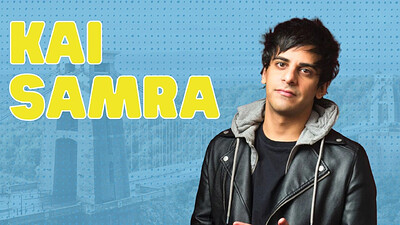