Eric Chenaux is an adventurous guitarist, singer and composer based in Paris. Having been an active player in Toronto experimental music circles with a host of group and collaborative works, Chenaux has more recently amassed a body of solo work across five albums on the Constellation label, centering around his dextrous, fried guitar playing as juxtaposed with a gorgeously lyrical vocal style. An ingenious recombinant use of traditional folk, psychedelic pop and consort music in earlier albums has over time evolved into a wholly uncategorisable form of balladry, shot through with a singular vernacular of guitar improvisation.

2015 saw Eric release Skullsplitter, perhaps the strongest document yet of the exquisite, poetical songcraft he snake-charms from the roiling and changeable sonic environments bedded beneath. Alongside it has seen a blooming of his collaboration with Canadian filmmaker Eric Cazdyn, with a set of visual pieces made for each track on the album testament to their ongoing exploration of a fresh, symbiotic approach to music-video.
He has performed with Pauline Oliveros, John Oswald, Michael Snow, Brodie West, Han Bennink, Michael Moore, Josephine Foster, Wilbert De Joode, Gareth Davis, Jacob Wren and Norberto Lobo among many. Eric also composes and performs music for film and contemporary dance, and collaborates on numerous sound installations with visual/sound artist Marla Hlady, including Smedaholmen Tourist (with Amplifiers) (2012) for The Thousand And One Birds festival in Norway. Together with Eric Cazdyn he undertook a two-week residency at The Cube Cinema in Bristol, UK, where they produced and performed the film Play The Cube in 2014.

“Ornette Coleman might call it harmolodic. Chenaux might call it an amazing background. His strings chime with all those thoughts at once. I adore the way he teases out a melody, never beginning a phrase so much as joining one already in progress. The sound quivers and multiplies such that I picture his strings fraying and sprouting into more strings, weeds, nests, marshes, frogs’ tongues, canceled coins, nickel pipes, drainage systems, catacombs, coral reefs…I could pick Chenaux’s guitar out of a lineup within a few woozy notes, because it’s no longer confined to the orthodox pluck, squawk and scrape of [Derek] Bailey-influenced guitar improv; instead it has absorbed Bailey’s open field of possibility into a love of song. And the songs are strong enough to take it.” – Carl Wilson, Said The Gramaphone

“Chenaux’s voice expands haunting, jazz-tuned melodies from the inside. His voice is weightless, haunting, alighting on words and phrases without putting pressure on them, then skittering up an octave or so for spectral climaxes.” – Dusted Magazine

The Declining Winter is the brainchild of Hood co-founder Richard Adams, an ever changing collective who emerge blinking into the daylight from their Yorkshire enclave with a unique blend of pastoral and lo-fi pop, shimmering electronics and rural post-rock.

They have released a series of low key but acclaimed albums on a variety of labels since 2007 honing a particularly unique style of deeply melodic indie/post rock, their latest ‘Belmont Slope’
is their most accomplished yet blending their rural jangle with electronic textures and has received regular airplay from Gideon Coe and Tom Ravenscroft on BBC 6 Music.

They rarely play live shows and averaged just two shows in 2017 (one being a support slot with Mogwai no less). The live band features former members of Hood, Prolapse and Boyracer.

Unitarian Hall is on the north side of Brunswick Square. 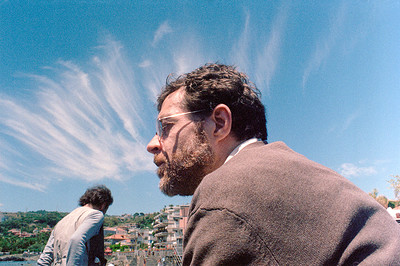