Jammed Up Events are pleased to present an evening of Folk and Folk-Rock, featuring Gavin Osborn with support from James Harriman and Ben Hutcheson.

* This event is no longer socially distanced, we will honour all table bookings with reserved tables. Standing tickets are now also available *

Mixing the personal with the political, Gavin Osborn has spent fifteen years entertaining audiences across the UK, Europe and Australia with his deft lyricism, evocative heartwarming storytelling and quick wit.

Gavin is known from his tours with the likes of Grace Petrie and MJ Hibbett, and for his airplay on BBC Radio 4 and 6 Music. And, in the midst of the utter madness that is 2020, he also released a charity single 'Born In The NHS', which clocked up nearly half a million views after being featured on Russell Howard's Sky One show, “Russel Howard’s Home Time”.

Gavin has so far released five acclaimed solo albums. The Observer called his last album (Echo Bridge) “One of the year’s most relatable releases, a record about being frustrated, angry, bewildered and aware of the utter ridiculousness of a world that has moved past your point of understanding”.

He supported Belle & Sebastian on a UK tour, and as part of Robin Ince’s Book Club, played two sold-out shows at Hammersmith Apollo. A regular on the UK festival circuit (Latitude, Green Man, End of The Road), Gavin is currently working on his sixth record, with his band The Comment Section.

“Completely wonderful. A genuine, wistful treat for anyone finding themselves past thirty and seeking a soundtrack to a good brew.” – The Quietus

"You will Laugh, Cry, Dance, Sing and Drink along with Friends and Strangers Alike!”

James Harriman takes a classic Folk-Rock sound and collides it with Brit-pop influences and a ‘Rock N Roll’ attitude creating a sound that brings old and new together. He delivers a non-stop, high energy live persona alongside catchy choruses and strong lyrics. James writes songs that are designed to be listened to, often touching on deeper themes such as relationships and mental health that contrast with the upbeat happy sound of the music.

James has performed across the UK in legendary venues such as “Moles” (Bath) and “The Rainbow” (Birmingham), has played many big events including “The Bath Festival Finale Weekend” and “The Birmingham Weekender" and has been a favourite on the festival circuit. James Is currently working in the studio on his debut album where he promises to push his sonic boundaries even further.

Over the past four years James has grown a dedicated following and a reputation for high energy live shows.

"Ben is the new generation of the recent pedigree of recent English Singer/Songwriters. Critiqued as bridging the storytelling gap between the likes of Ed Sheeran, Passenger and Scotty McCreery."

Realising his passion for writing & performing by releasing his first and second EP unaided, Ben set out to have his voice heard. His songs have clarity beyond his years. His music career started young, learning his craft with any open mic willing to stage him, and since then has gone on to play around the UK. Born in Bristol, South West England, Ben followed his own ear for song writing & developed a style that enhances the emerging British Country scene. Taking influence from many artists and trying to break the curve of the standard singer/songwriter

Ben has become a growingly aware and prominent artist to look out for.
His music career started at a young age and since then has gone on to play all around the UK. He currently resides in Bristol where he has just finished his Masters degree in Commercial Music at Bath Spa University and is planning the release of his debut album in the coming year.

Robynne is an LGBTQ indie pop songwriter and performer from Portsmouth. Her Acoustic Indie Pop songs tell stories of her life and the world around her- Love, heartbreak, lesbian drama and cups of teas- The usual from a young gay British musician. Their lyrics are sometimes a tongue in cheek, emotional and full of real life.

Their raw British vocals are unique to her sound and pack a real punch to her songs. Her punchy and sometimes sweet acoustic guitar style and belting vocals combined create a new, edgy and vibrant sound. Expect Kate Nash, PJ Harvey and Lily Allen inspired original material with a hint of Joni Mitchell. Robynne has grown up on stage and take inspiration from all types of music, her favourite being alternative, indie and folk a hint of pop, (but don't tell anyone)

Robynne Performs her self-written original material and her own cover versions of big songs live at music venues, music festivals, live events, functions, weddings and anywhere that people will listen to her. They see performance like a therapy session- You should probably charge her for your time. She has been performing and constantly writing since she could talk, much to the annoyance of her triplet sisters. 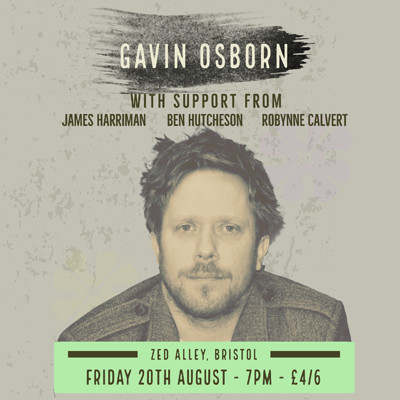