The Outlander consists of ten traditional songs, some familiar and some rare and obscure. In contrast to Jim’s previous ways of working it is a simpler, more direct, album based around live performances. The seeds of inspiration for the record can be traced to the purchase of a 1949 Epiphone Triumph archtop guitar that had lain untouched for forty years, bought from a Liverpool taxi driver. Realising that it was possible to play in the percussive English folk guitar style on an electric instrument, he invited violinist Sam Sweeney to join him in the studio to reinvent the familiar folk guitar/fiddle format. “I felt it was time to reset my baseline a bit and make something that was a straighter statement of traditional music. I wanted to see what would happen if I had someone else to bounce off, and maybe shape the arrangements in real time.”

The result is an album that has a clear lineage to the classic albums of the folk revival, reimagined by one of the best musical minds of his generation. The simplest, clearest Jim Moray album yet.

Alongside his solo work, he has the rare distinction of being one of the few musicians to perform onscreen in the Doctor Who universe, and he has presented programmes on folk music for BBC Radio3 as well as his own Low Culture Podcast. 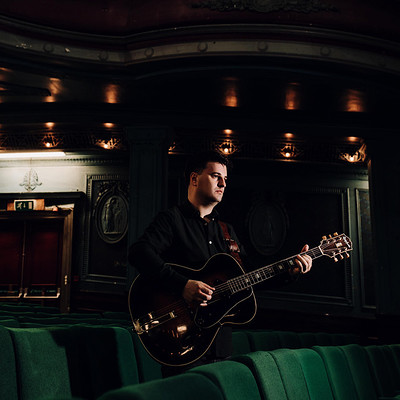