Bassline Remedy is back for our first night of the new year! January 29th...enough time to get over those NYE celebrations and back in the rave cave of Cosies.

Playing across the spectrum of dance music from the UK underground

There has been a surge in producers over the last couple of years who are heavily influenced by the sounds of early 90s rave music and now blending together UKG, hardcore, oldskool, jungle and drum & bass creating a new hybrid sound for the present day dancefloor!!

We're pushing this new sound which is so unique to the UK and running the latest releases alongside some of the classics from back in the day and tunes that have inspired us over the years. 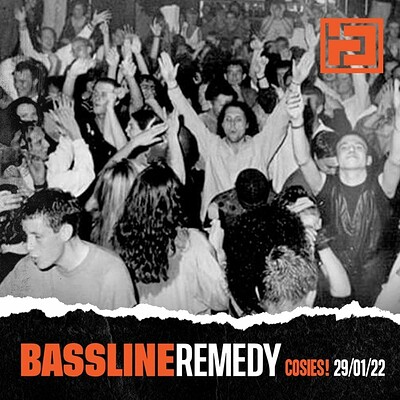