How Do You Like It? Launch Party w/ Hollick & Kiia

Brand new house music night with a no-frills all thrills attitude. Expect cutting edge dance music brought to you from a host of carefully selected DJ's!

Hollick
London based house music expert, Balamii Radio resident, and No Bad Days founder Hollick is a wizard upon decks. Check out his 3-hour epic from Corsica Studios:

Kiia
Cue co-founder, resident and Mix Nights graduate, Kiia works her away around house, garage, and techno with ease. One to look out for, she's bloody killing it! 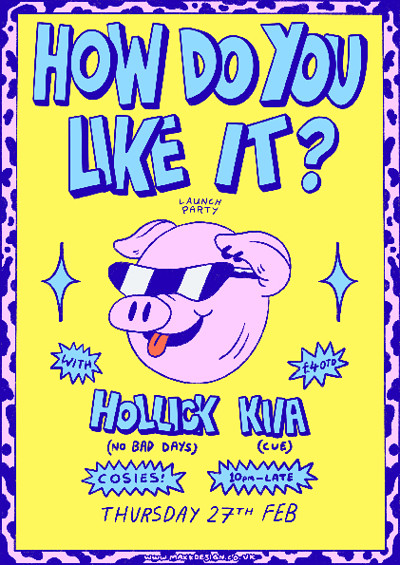