PAUL DUNMALL QUINTET are at FRINGE JAZZ at THE BRISTOL FRINGE Clifton Village on Wednesday 6th Nov at 8PM. Tickets £15.

Paul Dunmall has put together an exciting quintet line-up for this visit to Fringe Jazz featuring the brilliant saxophonist/composer/arranger Mike Fletcher on alto sax, the American trumpeter Jim Dvorak and a rhythm section of Riaan Vosloo on double bass and Tony Orrell on drums.

MIKE FLETCHER is a woodwind multi-instrumentalist, composer, arranger, writer and academic based between the UK and Spain. His music is primarily influenced by the melodic spontaneity of jazz, but also draws inspiration from folk, popular and contemporary classical fields. Mike is first and foremost a saxophonist and he most commonly performs on this instrument, either as the leader of one of his own projects - the Mike Fletcher Trio, Cuarteto Español, Mike Fletcher Jazz Orchestra - or as a sideman with ensembles including the Olie Brice Quintet, the flamenco-jazz Cuarteto Majao or Jonathan Silk Big Band and the Paul Dunmall Sextet. In 2015 he was nominated by Birmingham Symphony Hall to participate in the ECHO Rising Stars programme, and in 2013 was chosen by the BBC to represent the UK as lead alto with the European Jazz Orchestra. In recent years Mike's projects 'The Different Trane' and 'Picasso(s) - Interactions' have received great critical acclaim.

JIM DVORAK is an American trumpeter who has been active on the British Jazz scene since the early 70's. He is a long-time associate of Keith Tippett having been a member of Tapestry and worked again with the pianist in the 80' and 90's. Jim was a member of The Brotherhood of Breath from 1970 to 1975 and has worked in several projects with both Louis Moholo and the late Dudu Pukwana. Jim was a member of District Six, Phil Miller's In Cahoots and Nick Evans' Dreamtime and has also worked extensively with Elton Dean, Alan Skidmore, Brian Abrahams, Maggie Nicols and many others. In the late 90's Jim worked with Tippett again as a member of Mujician alongside Paul Dunmall and Jim has played on several of Pauls CD's since. Paul invited Jim to play at last year's Keith Tippett benefit concert in Bristol and it was at that gig that the idea for tonight's quintet was hatched. 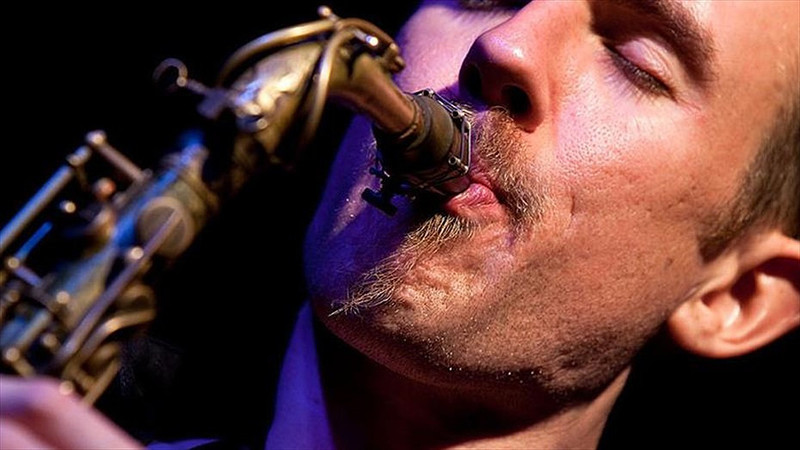 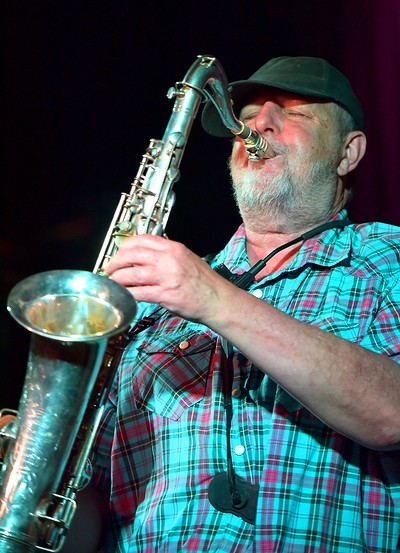