Join Audiophiles on their last ever takeover at Hy-Brasil Music Club for their monthly residency, this month we have teamed up with the great guys at Bubblewrap Collective, to showcase three of their amazing bands, coming across the bridge from Cardiff, to rattle your cages and bring much fun, We implore you to come along, its FREE for all!

Creatures of Cardiff, My Name Is Ian have already built a back catalogue that would have taken The Stone Roses millennia to mirror. Since 2010 their output of thirteen releases have dealt with break-ups, breakdowns, mysterious lion paintings and characters from the Tom Hanks movie Big. This restless productivity has seen genres including but not restricted to lo-fi, bedroom punk, garage rock, prog and anti-folk, all filtered through the pop-oriented cranium of frontman Reginald Foxwell.

Impressively prolific and prolifically impressive, bittersweet but unbroken, My Name Is Ian require your immediate attention.

Based in Cardiff, Quiet Marauder take their cue from erratically gifted cult legends such as The Bonzo Dog Doo-Dah Band, Syd Barrett, Half Man Half Biscuit, Jeffrey Lewis and The Fugs. Powered by the dual-songwriting engine room of Simon M. Read and Jonathan Day, the band is a loose collective contributing kitchen utensil percussion, trumpet, tenor horn, melodica, multiple guitars, Thai saw, layered vocals and anything else that comes to hand.

Never ones to shy away from big (or entirely irrational) projects, their self-released debut EP re-imagined footballer Alan Shearer as a time traveller turned deity inhabiting humanity’s cultural memory after infiltrating all our collective history. After multiple attempts to play this personally for Alan were denied, Quiet Marauder instead focussed on creating their first album. Released November 2013 in Wales and January 2014 worldwide, Men was a 111 song, 4-disc box set conceptually charting the path of the male psyche through love, rejection, breakdown, madness, intoxication and, ultimately, resolution. More recently in June 2015, the band released their follow-up, 11 Shades Of Love, with a determined focus on the caustic, weirder aspects of humanity’s favourite emotion.

Decisively daft, incorrigibly intelligent and darkly comical; Quiet Marauder are one of the most unique propositions to emerge from South Wales in a very long time.

Smudges is the new guise of the combined powers of Eugene Capper & Rhodri Brooks.

'Laugharne' is from the album ‘Pontvane’ by Eugene Capper & Rhodri Brooks music aka Smudges band. Watch the full set over here: https://bit.ly/2PWO1ls 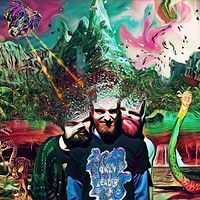 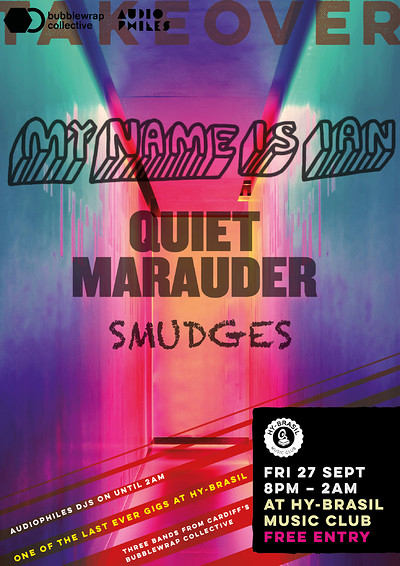