Presented by EveryAudio.
The Delegates are a 10 piece pop and soul band from London. After starting by putting up YouTube videos of arrangements of pop songs, they began to regularly gig around the London scene. Tonight they'll be performing their new live show, featuring songs of their debut album 'Home From Home' as well as some new originals and classic hits.

The band is comprised of some of the brightest young stars on the UK music scene including BBC Young musician winner Alexandra Ridout, and finalist Seth Tackaberry. Between them they have played sold out shows at the BBC Proms, Edinburgh Jazz Festival, Pizza Express Holborn, Omeara, Zigfrid Von Underbelly and many more.

Led by drummer and songwriter Sam Every, the band has a distinctly vintage sound harking back to it’s major influences like Stevie Wonder and Steely Dan as well as current influences like Theo Katzman

The Delegates Autumn UK Tour comes to Bristol!
Live at Mr. Wolfs.
Doors at 9pm
£3/£4 tix available on the door. 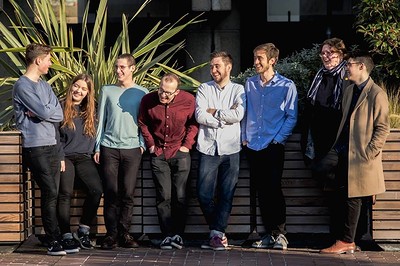