Watch out sex kittens, word on the street is there's a new cat in town called Disco Panther. They've been diggin in the crates and found hidden funk disco gems from East to West Coast, Europe and our very own shores. Disco Panther are new to the UK funk scene and between the ten of them they've been causing a stir with powerful ass moving performances.

The members of Disco Panthers all have various musical projects elsewhere on the mean streets of the UK, some have other successful bands, others session musicians and producers but for a few sexy nights on the prowl they combine forces to become the live funk phenomenon Disco Panther!

Support comes from Scratch wizard Mr Fitz and Tom Riley will be on the decks after the show ends at midnight until 4am to keep you on the dancefloor! 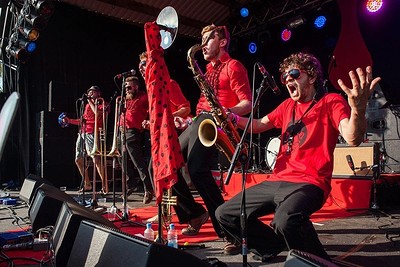