Brass, beats, bangers - it's all about Mr Wolfs for a night of the good times!

THE COOL BEANS ROADSHOW
Mixing up songs, sketches, panpipe performances, aerobics workouts, limbo competitions and the most extreme game of pass the parcel you have ever seen - The Cool Beans Roadshow are squeezing in an club gig at Mr Wolfs in the midst of a summer of festival appearances including Glastonbury, Camp Bestival, El Dorado and Eden.

MR WOLFS DJs
After the live acts there will be DJs until 4AM playing the finest mix of hip hop, disco, breaks, reggae, drum & bass and everything in between! 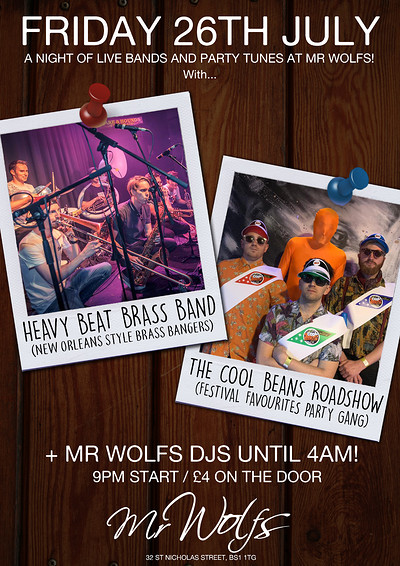