••• Captain Süün •••
Formed in late 2016, the Bristolian/Brighton band bring a vivid
interplay of surf and psych rock to the stage, with blistering fuzzy guitars giving way to glistening sea-side chords. With a penchant for sun worship, the 70’s, and a good old western, their songs exude summer joviality merged with scrappy riffs – sure to induce a good boogie. Consisting of guitarist and vocalist Luciano Narcisi and drummer Nathan McLaren-Stewart, they both bring an eclectic mix of influences to the table, from the surf riffs of The Growlers and Dick Dale, the classic rock ‘n’ roll of Del Shannon, to the enigmatic western soundtracks of Ennio Morricone. The band have brought their sounds to crowds around the UK and beyond, playing with the likes of The Wytches, Levitation Room, Holy Wave, Kikagaku Moyo, Night Beats and The Limiñanas. Following the Süün
above, the group are well on their way to the light. “I’m slightly obsessed with these guys,” Tom Ravenscroft, BBC 6 Music “Sun-dappled jangle-chords enveloped in washes of fuzz bass and circuitous drumming” - Louder Than War 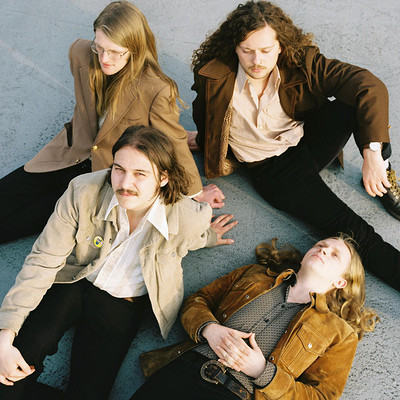