The Hangover Club
The Hangover Club is a dark country blues rock band based in Bristol, UK. Made up of PM LeGrand, Jeffray Cold, and Helen Payne, they tell sordid cowboy tales with the help of crunchy cigar box riffs, warm acoustic guitar tones, and three-way harmonies.
​
The trio grew up on a diet of classic country music, including Jeff Bridges, Johnny Cash, Colter Wall and Orville Peck, before honing their craft in a more experimental and tribal universe taking from the Dead South, Hollowbelly, and Fever Ray.
​
The group released their debut single, Ride, in February 2020, which was mixed by Massive Attack's Stew Jackson. But even as the onset of the pandemic threw everyone's best laid plans into disarray, it provided time to rethink, reorganise, and gain new inspirations from different avenues and genres.
​
The Club naturally fell into its current formation in April 2021, and since has been busking its way around Bristol gaining hoards of fans on the street. The Hangover Club has played in iconic Bristol venues including the Bristol Fringe and Mr Wolf's, and the trio is now ready to play bigger stages and festivals.

Taf Rapids String Band
There is a rise in the popularity of Americana in the UK and these seasoned performers have come together to create Cardiff's newest bluegrass band. Taf Rapids Stringband brings the skills of Siôn Russell Jones, David Grubb, Josh Goodey and Darren Eedens together around the mic in the old Bluegrass tradition to share songs of times past. With their quick pickin' and high and lonesome harmonies lovers of fiddle and banjo will not want to miss; there are no amps or drums here, just acoustic instruments, energy, and tradition.

Last entry with a ticket at 11:00pm, but all tickets holders are welcome to stay for the after show DJ until close. If you are planning to arrive later for the DJs, then payment will be taken on the door. 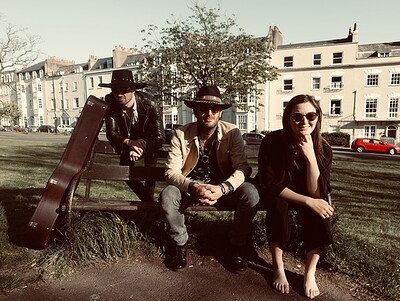