James’ Room are a rock band based in Bath, influenced by the anthemic nature of early Radiohead, the dynamic riffs of Queens Of the Stone Age and the atmosphere of the War On Drugs. Frontman and songwriter Sam Jones grew up surrounded by the music of the Beatles, thanks to his Grandad who bought him a guitar at the age of 4. Their gigs are packed with jumping mosh pits, and torchlit crowds.

Formed in Bath and based in Bristol, KUDOS are an up and coming alt Rock band that seek to provide an energetic performance with catchy choruses and hard hitting guitar riffs. Combining compelling emotion with a touch of tongue and cheek lyricism, psychedelic sounds and intense energy, KUDOS are sure to satisfy fans of alternative, post and psych rock. With influences including Pink Floyd, The Black Keys, Arctic Monkeys, The Smiths and Idles.
After refining their sound and currently recording a debut double track single, KUDOS have been getting the ball rolling with live shows in Bath and Bristol and aim to release their debut after Christmas.

Based in Bath/Bristol, Molly Elizabeth is a talented singer/songwriter that composes nuanced, rock-based songs that possess a pop sensibility with natural references to the Pixies, Paramore & Jamiroquai.
Having spent months with her band arranging and composing material, she is ready to book upcoming gigs to support future releases following a pair of summer dates in both Bath & Winchester. 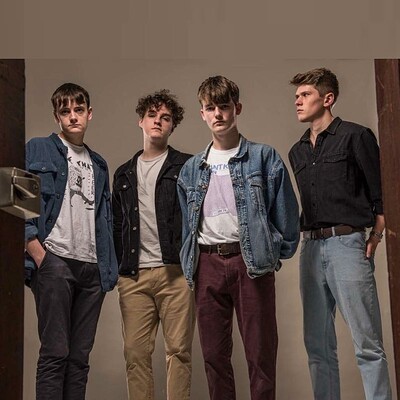