— The Attic Bar
One of the UK's top Roots Reggae bands, with support from Dub From Atlantis.
time:20:30
price: See event details

Talisman were one of the UK's top Roots Reggae bands in the later 70's and early 80's.The band's prowess earned them support slots with acts as diverse as Burning Spear, The Clash and The Rolling Stones. They reformed with the original line up after 30 years apart to support the re-release of their classic roots single ‘Dole Age’ on a brand new album 'Dole Age - The 1981 Reggae Collection'. One of Bristol's finest live acts are back and ready to party once again.

Heavyweight original Roots and Dub, and have played alongside top acts such as Easy Star All Stars, Nucleus Roots, Zion Train, Toots And The Maytals, DJ SUV, Trojan Sound System and DJ Derek.

Having had two well received 10"singles out on their own label Reng Rang records, a host of digital releases including a track out on Rankin Records "Silly Little Things FT. Celestine" and been played on BBC radio 6 by Don Letts, BBC radio 1xtra by Ras Kwame and their first single "The Things That We Do" played out by the legendary Jah Shaka on many occasions, DFA continue to make authentic heavyweight Roots and Dub and play with the band and as DJ's regularly to appreciative audiences everywhere. 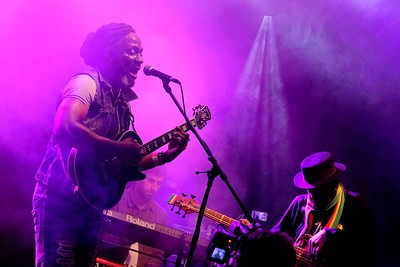