Hailing from Bristol UK and lead by Gretsch endorsed guitarist Ruzz Guitar... Ruzz Guitar's Blues Revue brings together the multiple influences in Ruzz's musical journey and combines them into one project to create the sound that he's always heard in his head and wanted to capture live.


Bring together the Big Band Swing of The Brian Setzer Orchestra, blend it with the Texas Blues of Jimmie Vaughan and throw in a few other influences from artists such as B.B.King, Ray Charles, Gordon Goodwin's Big Phat Band and you'll get an idea of the sound that Ruzz Guitar's Blues Revue put out!


- They have self-released four albums and released one with Rhythm Bomb Records, all of which have amassed multiple plays on multiple independent and internet radio stations around the globe including “Hank’s Americana Radio” and 90.1 FM KPFT “Howlin’ The Blues” broadcasting out of Houston Texas, BBC Radio Wales during Adam Walton’s “BBC Introducing” Show, BBC Radio Wiltshire during Sue Davies’ show broadcasting from the UK and Banks Radio Australia to name a few.


- They have played all over the UK and had very successful tours of Europe and the USA.


- Ruzz has also been honoured by being officially endorsed by Gretsch Guitars (September 2016). In March 2017, he was made the “Featured Guitarist” on the official website for Gretsch Guitars (www.gretsch.com)

- September 2017 saw Ruzz used as the front cover image for UK Rock’n’Roll Magazine with a three page feature on the band and 2020 saw the band receive a two page feature in the 'Blues In Britain' magazine. 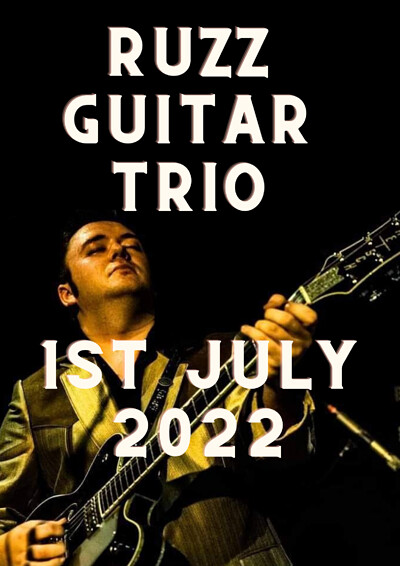