— The Cube
Tonight the Cube is proud to present to you three fantastic bands projections, a visual set from mr-hopkinson and some wonderful DJs
time:19:30
price: Headfirst Tickets

Tonight the Cube is proud to present to you three fantastic bands projections, a visual set from mr-hopkinson and some wonderful DJs through out the show and in the time after the live show before we close. In all it looks to be a very special night.
.Mark McDowell & Friends

Mark McDowell & Friends are a Psychedelic-folk-rock group (and tonight they will be peerforming as a 4 piece) from Bristol performing jangly garage folk, spooked out ballads & hypnotic drone based improvisations.
Dark Weave is Mark McDowell’s fifth album and most accomplished and successful work. Released on vinyl through Fruits de Mer records reviewers have praised the album's outstanding song writing, production and unique instrumentation.

youtu.be/NvaxwShOVAw
The Moldy Couple
The mouldy couple have played The Cube before and won many fans through their passionate and energetic performance at our 21st Birthday Party.
The souls of Glauco Caruso and Ananda Khun are moulded by 60s rock 'n' roll. This mould has manifested itself in riffs a sharp as the blade of a scalpel. While Glauco captivates listeners with his unique voice and his physical assault upon his guitar Ananda dictates the rhythm with eccentric yet elegant beats with the drums. They ar the abrasive Itallian-Brazillian Mouldy Couple. Together they present an anarchic and unstructured take on British and North American classic punk with digressions rooted in the Golden Era of Italian beat music, This sound was captured with their EP, 'Ostaggio' produced and recorded during their recent stay in Italy.
youtu.be/DQPiIuKRWmg
Dequincey
Dequincey are a local band fronted by Marco Tommaseo who have recently released their first album: AND SO THE GATES UNLOCKED

“And so the gates unlocked” is a concept solo album composed at the end of 2017 between Bristol and
Turin. The album includes 10 songs all linked together as a whole soundtrack, guiding the listener
through different phases of a gradual spiritual revelation and mystical journey.
The music composition is often free of typical structures and rather progress through images and visions.
The lyrics reveal the story through symbols, allegories and projections of the mind. The element of nature
is massively crucial in the development of the journey, revealing the essence of life and death in all its
forms.
Despite the entire evolution of the album, the songs also maintain their individual identity, unfolding in
melodic and straightforward tunes, including psychedelic instrumental celebrations, similar to symphonic
poems that as much as the lyrics mark crucial plot twists and revelations.
“And so the gates unlocked” is a metaphor of breaking boundaries of the mind and change perception
about the existence, freeing the spirit from individual disturbs and negativity. It’s a contemporary
introspective tale about personal awakening, spirituality, ecstasy and pain. 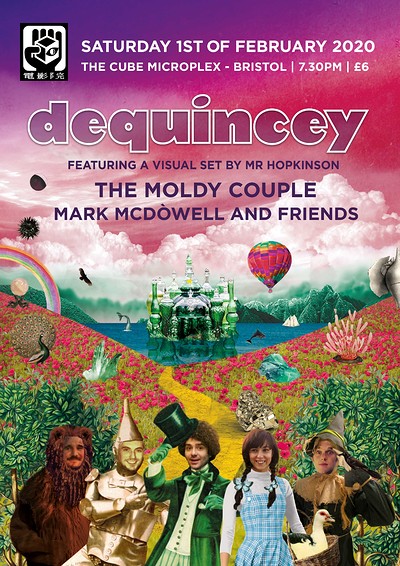