‘OCH’ - Swedish for ‘and’ - are poised to release their first album for Rocket Recordings (following a self-released EP which saw the light of day six years ago) This trio - of whom little is known other than a kinship to their label mates Flowers Must Die - have created a collection of beguiling soundscapes and audial epiphanies that can’t help but summon up the freewheeling ‘70s spirit, the smallhours headspace and the broader sense of adventure that has legendarily dominated the areas of the esoteric. Amidst these eight exploratory journeys, the listener can plot out a psychic course that traverses the likes of the meditative trance-states of vintage Popol Vuh, the chemically-altered mania of Guru Guru.

Synth-driven propulsion akin to French iconoclasts Heldon and Lard Free, and naturally the bucolic raptures of the band’s erstwhile national forebears such as Träd Gräs Och Stenar and Älgarnas Trädgård, not to mention more recent exponents of the same lineage such as Hills and Dungen. Yet the entire vision the band conveys on this delirious travelogue is both timeless and paradoxically fresh. Just as their name invokes an ampersand, so this record is no less than a gateway who knows where; proof positive that these dimensions beyond the everyday - at the hands of OCH - are as accessible in 2020 as ever they were, not to mention still more potent.

Massa Circles were conceived after a few years of chatting leading to some raw synth jams. A mutual love of pure melody especially within a noise context, a fascination with electronic hardware, with influences such as Autechre, Can, Sunn O))), Neu, Steve Reich, Philip Glass and the pioneering Warp Records back catalogue, allowed the outfit to neatly mould their niche. The duo have been attentively fine-tuning their extensive bespoke setup in the studio and at a flurry of intimate local gigs, where their mesmerising arpeggios perpetually enrapture patrons and engender a singular emotive daze.

Aonghus Reidy (Ocean Floor) and John Scott (Stereocilia) come together for a second outing at the Cube, with their signature ambient tones, interweaving in an improvised setting. 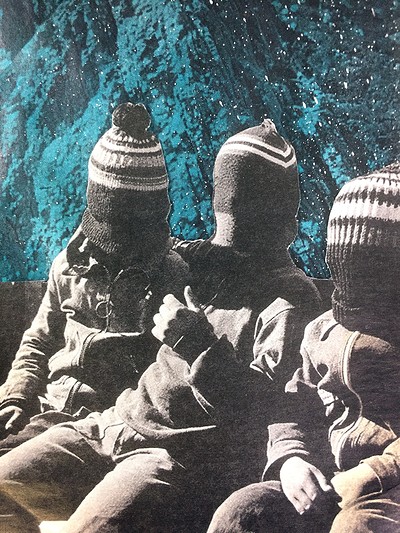