Although very much a solo songwriter, Bingo’s compositional process relies on contributions from his entire band - bassist Megan Jenkins, and drummer Henry Terrett have been playing together since their teens. In one of their various incarnations, they recruited local avant-jazz legend, cornet player Harry ‘Iceman’ Furniss, with guitarist and percussionist Rafi Cohen later completing the line-up.

Influenced by classic songwriters as much as pioneers of alternative experimentation, the songs can often land like a jazz standard that got lost multiple times on its journey to the present day. Some pit stops are obvious: the haunting balladry of Nina Simone and Leonard Cohen, and the arresting no-wave of James Chance and The Lounge Lizards. 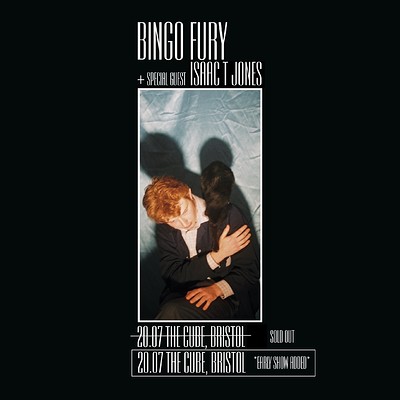