— Bristol Folk House
An insightful and poetic wordsmith and songwriter, a subtle and accomplished roots multi-instrumentalist and a captivating singer.
price: Headfirst Tickets

““Guitar, banjo, a wood stove and the wind”: the credits for Cahalen Morrison’s last album say it all. With his haunting and poignant bluegrass, Cahalen could’ve scored the whole of Oh Brother Where Art Thou solo from a New Mexico shack.”
Join the Headfirst mailinglist for recommendations.

Originally hailing from the high desert of Northern New Mexico, Cahalen Morrison has made a name for himself. Over the past decade touring solo, as a duo with Eli West, or with his roadhouse country band Western Centuries, Cahalen has played shows and festivals all over the world and performed on stage with the likes of Tim O’Brien, Kelly Joe Phelps, Hot Rize, Crooked Still and Kris Drever.

Equally at home on guitar, banjo, mandolin, singing three part harmony or unaccompanied, he has carved out a place for himself as a unique voice in American music. An insightful and poetic wordsmith and songwriter, a subtle and accomplished roots multi-instrumentalist and a captivating singer. 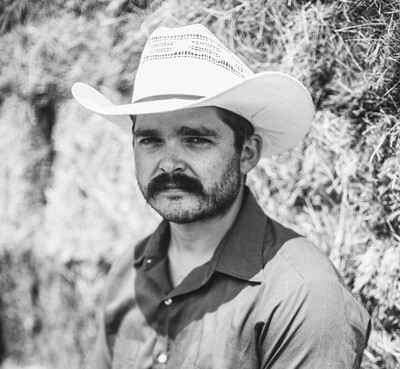